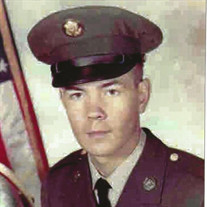 On Thursday morning November 11, 2021, Charles R Runyon, of Newark, Delaware, passed away at age 69. He was born on February 19, 1952, in Holden, West Virginia, to Oscar Clyde and Edna Ruth Runyon. Ronnie, as he was known to his family and friends, moved to Smyrna, Delaware, when he was a young boy. After finishing school, he joined the army and was in the 101st Airborne Pathfinder Company. The Pathfinders lit the way for helicopter landing zones in Vietnam. Ronnie operated the radio. He has a love of flying and jumping. Ronnie met his wife, Janet Gregg, in Newark, Delaware, in 1976. They spent 44 years together. Although they had no children, he was an uncle and great-uncle to many nieces and nephews. History was one of his favorite subjects. Ronnie was always reading and learning. He has the opportunity to work as an archaeologist with U.D. It was one of his favorite jobs. Ronnie was never happy to stay in one place very long. He was a drywall finisher, a used car salesman, a truck driver, and he mowed the fields for the Newark school district. Ronnie enjoyed watching Syfy and he loved the shows that restored old cars as well as car auctions. Ronnie loved teaching his youngest great-nephew Kannon all about hot wheels. He also had a love of animals, especially cats. Ronnie was preceded in death by his father, Oscar Clyde Runyon; mother, Edna Ruth Meador; his stepfather, James; brothers: Joseph, Robert, John Frank, and Ricky Runyon; and sister and brother-in-law, Joyce and Paul Wolfram. He is survived by his wife, Janet; stepmother, Katie Runyon; sisters-in-law, Donna Runyon and Christine Runyon; as well as his sisters, Donna Adkins and Diane Runyon. Of his many nieces and nephews, he is survived by Donna and Fred Egnor, Wayne Gardener, Robert Eric, and Tamara Gardener, Karlyn, Jason, Kalin, Zachary, and Nathan Gregg, Kawon and Sara Miller. There was always a special place in his heart for his great-niece and nephew, Sophia and Kannon, which he saw almost daily and thought of them as his own. A visitation will be held Tuesday, November 30, 2021, from 9:30-11 AM at Strano & Feeley Family Funeral Home, 635 Churchmans Rd., Newark, DE 19702 followed by a service in celebration of Ronnie’s life at 11 AM. Burial will follow in Delaware Veterans Memorial Cemetery. For directions or to send an online condolence visit www.stranofeeley.com

On Thursday morning November 11, 2021, Charles R Runyon, of Newark, Delaware, passed away at age 69. He was born on February 19, 1952, in Holden, West Virginia, to Oscar Clyde and Edna Ruth Runyon. Ronnie, as he was known to his family and friends,... View Obituary & Service Information

The family of Charles "Ronnie" Runyon created this Life Tributes page to make it easy to share your memories.

Send flowers to the Runyon family.