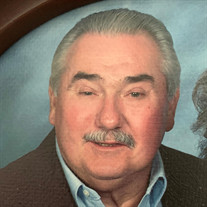 Dr. David A. George, age 86, of Elkton, MD and Rio Verde, AZ, passed away on Tuesday, September 1, 2020. Born in Newark, DE on February 1, 1934, he was the son of David and Evelyn George. David spent his youth in Newark, DE, where he graduated from Newark High School and the University of Delaware, prior to attending Temple Dental School earning his D.D.S. After dental school, Dr. George enlisted in the U.S. Air Force and attained the rank of Captain, while serving his country in Ohio, France and Dover, DE. During the end of his 6 year service to our nation, Dave and his family returned to live in Newark, DE and in 1966, he opened a dental practice in Newark on Kirkwood Highway across from Windy Hills development. Dr. George was an active advocate of dentistry as a member of the International College of Dentistry, a past President of the Delaware Dental Society, and his 11 year commitment to the Delaware State Board of Dental Examiners, serving two terms as the Chairman. Dave's loves were his family, golf, University of Delaware Blue Hen Football, good food, red wine and laughter, he loved a good laugh and especially making others laugh, including his family, friends and patients. He had a joke to tell for every occasion. Dave is survived by his loving wife Connie (Smith), his son Garry T. George and his wife Debbie, of Oxford, PA; son James A. George and his wife Becky, of Lewisville, PA; daughter Elizabeth Hurley of Woodinville, WA; and his late son, David S. George's wife Cindy of Elkton, MD.; and stepson William Harding and Luann Harding of Long Neck, DE; his grandchildren - Heather Brown, Holly Harding, Jessica George, Tyler George, Clayton George, Joshua Hurley, Megan George, Aaron George, and Tristan Hurley;his great-grandchildren - Austin Brown, Alyssa Brown, Dallas Brattin, and Samuel George; and his sister Patricia George. In addition to his parents, he is predeceased by his brother Robert George and son David S. George. A private ceremony is planned, followed by interment at the Delaware Veteran's Memorial Cemetery in Bear, DE. In lieu of flowers, contributions can be made in his name to the American Cancer Society, P.O. Box 22478, Oklahoma City, OK 73123.

Dr. David A. George, age 86, of Elkton, MD and Rio Verde, AZ, passed away on Tuesday, September 1, 2020. Born in Newark, DE on February 1, 1934, he was the son of David and Evelyn George. David spent his youth in Newark, DE, where he graduated... View Obituary & Service Information

The family of David A. George created this Life Tributes page to make it easy to share your memories.

Send flowers to the George family.