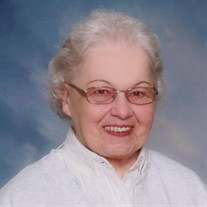 Not sure what to send?

Doris L. Owen, 91, of Newark, DE, transitioned peacefully from this life on December 4, 2021 with her son and daughter at her side. Doris was born and raised in Paterson, NJ, the daughter of the late Charles and Catharine Suenram. She graduated from Eastside High School in 1948 and went on to attend the Ridgewood Secretarial School. She began her working career at the Linen Thread Company in the Advertising Dept. She lived and raised her two children in Clifton and Wayne, NJ with her former husband, Howard Owen, and was a dedicated and active member of the Wayne Valley High School Band Parents Association. Shortly after her children graduated, she moved to Newark, Delaware where she lived for the past 35 years. After moving to Delaware, Doris worked for her daughter at Newark Kenpo Karate in Peoples Plaza for 32 years as Office Manager, Receptionist, and Seamstress. She was the first smiling face you saw greeting you as you came in the door, the first voice you heard on the phone, and the last voice you heard when you left, wishing you a good night. From her seat behind the counter, she oversaw day to day operations and became a well-loved and cherished part of studio life as she answered the phones, gave out information, tied belts, sold equipment and lessons, passed out candy and drinks, sewed on patches, cheered on the students and reassured the parents. She traveled to California and Las Vegas with the Karate Demonstration Team helping to organize the trips as well as the fundraising projects. When not involved in Studio activities, the joy of her life was sewing. An avid seamstress all her life, she always had a sewing project in progress, whether it be mending or altering clothes, making doll clothes for a granddaughter, sewing patches on for Karate students or making carrying bags for Native American Flutes or other musical instruments. She loved horses and watching rodeo (especially bull riding) which stemmed from time spent with her Oklahoma family in her younger days. She never missed Oklahoma football games on TV and loved Country Music of all kinds, especially Willie Nelson. Doris is survived by her daughter, Kathy, of Newark, DE and her son, Douglas and his wife, Sissy, of Conway, SC. She also leaves behind her four grandchildren: Douglas, Jr., Samantha (Matthew), Devon and Dylan; her great-granddaughter, Zoey Jane; and her sister, Elizabeth Stapp. She will also be greatly missed by many nieces, nephews and cousins. She was very much loved by all her family, friends and friends who became family. A Celebration of Life Service will be held for her at Union United Methodist Church, 345 School Bell Rd, Bear, DE 19701 on Friday, January 28, 2022, at 4 pm. In lieu of flowers, the family requests donations in Doris’ name to The Tunnel To Towers Foundation, which is committed to ensuring we never forget 9/11 and supporting the sacrifices made by the First Responders. Donations can be made online at www.T2T.org, by calling the office at 718-987-1931, or by mailing a check with a donation form to Tunnel to Towers Foundation, 2361 Hylan Blvd., Staten Island, NY 10306. To send an online condolence, visit www.stranofeeley.com

Doris L. Owen, 91, of Newark, DE, transitioned peacefully from this life on December 4, 2021 with her son and daughter at her side. Doris was born and raised in Paterson, NJ, the daughter of the late Charles and Catharine Suenram. She graduated... View Obituary & Service Information

The family of Doris L. Owen created this Life Tributes page to make it easy to share your memories.