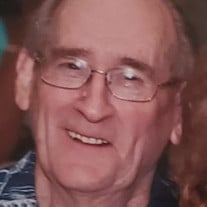 The Ling family sadly announces the passing of Gene Ling on August 21, 2021. Born on January 16, 1940 to Eugene Carroll Hall and Theodora Killen Hall in Chester, Pennsylvania, his given birth name was Eugene Carroll Hall, Jr. After the death of their mother, Theodora, Gene and his twin sister, Judy, were adopted by William T. Ling. It was then that he was given the name Eugene Theodore Ling. At age 13, Gene vowed to himself that should he ever have a family of his own, he would create an environment unlike the one he was raised in, and lead his own family with nurturing love, respect and kindness. At 17, he joined the United States Air Force, where he proudly served our country. He spent most of his enlistment at Ernest Harmon Air Force Base, Newfoundland. After the completion of his enlistment, he returned home to Prospect Park, Pennsylvania. On November 5, 1965, his life would forever be changed by attending a dance at the Lion’s Club in Wilmington, Delaware—a dance that he hadn’t wanted to attend. While on his way out he saw a beautiful young lady with long, flowing blonde hair. He didn’t know it then, but his life had finally taken the “upturn” he had been hoping for. He had met his “bright spot,” his beloved Carol. They would marry a year later to the day, and spend the next 55 years together and in love with each other. In the years following their marriage they would have three sons: Mike, Gary and Matt. Gene enjoyed many hobbies over the course of his life: karate and judo, which he discovered during his service in the Air Force; taking his sons hunting; hand carving waterfowl decoys; coaching his sons’ youth soccer teams; and traveling with the “light of his life,” Carol. Additionally, it was extremely important to him that he lived his life as witness to his Lord and Savior, Jesus Christ. He was an active member of Heritage Presbyterian Church for 49 years where he volunteered as an ESL teacher, as well as a volunteer for the Sunday Breakfast Mission in Wilmington, DE. For 35 years, Gene worked as a lab technician at the Dupont Experimental Station. On his last day before retiring, he made good on his long-standing plan to show up to work in a tuxedo. During his retirement, Gene spent many hours searching for information about his birth parents. The details of this search, its fulfilling outcome, as well as the profound impact that his personal relationship and belief in Jesus Christ had on his life, can be found in the book he authored and published in 2006, His Purpose For Me: A Story of Adoption, Abuse, Recovery, Salvation, Blessings and Reunion. He is predeceased by his birth parents, Eugene and Theodora Hall; his adoptive father, Bill Ling; and his adoptive mothers, Betty Jump and Agnes Ling. Gene is survived by his loving wife of 55 years, Carol J. Ling; his three proud and grateful children, son Mike and his fiancée Debbie, son Gary, and son Matt and his wife Andaiye; his “womb-mate,” twin sister Judy Keenan and family; his sister Joan Flood and family; his brother in-law Chuck Dillman and wife Arlene; brother-in-law Howard Dillman and wife Carol; many nieces and nephews; his church family from Heritage Presbyterian Church; his neighborhood family; and his beloved grandson, Mike’s son, Joshua Ling. In lieu of flowers, the family asks that you consider making a donation in his name to the Ronald McDonald House, 1901 Rockland Rd., Wilmington, DE 19803 There will be a private viewing held on the morning of Wednesday, August 25, 2021. Following the viewing, there will be an open memorial service at 11:30 am at Heritage Presbyterian Church, 140 Airport Road, New Castle, DE 19720.

The Ling family sadly announces the passing of Gene Ling on August 21, 2021. Born on January 16, 1940 to Eugene Carroll Hall and Theodora Killen Hall in Chester, Pennsylvania, his given birth name was Eugene Carroll Hall, Jr. After the death... View Obituary & Service Information

The family of Gene Ling created this Life Tributes page to make it easy to share your memories.

The Ling family sadly announces the passing of Gene Ling on August...

Send flowers to the Ling family.