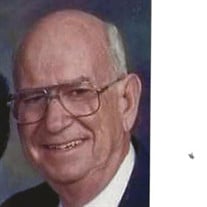 John Paul Bentley, age 87, of Newark, DE, went home to be with the Lord Saturday, October 30, 2021. John attended Huntsville, AL schools for 10 years and then graduated from Jackson County High School in Scottsboro, AL in 1952. John graduated from the University of Alabama in 1956 with a B.S. in chemical engineering. He later attended graduate classes at the University of Delaware. John’s career history started out at the E.I. DuPont de Nemours Experimental Station where he worked as a process engineer. He then worked for Atlantic Research Corp. in Springfield, VA. John went to work for Thiokol Corporation in Elkton MD where he served as manager of various departments over the years before his retirement. After enjoying three years of retirement, he went back to work for Thiokol for another 10 years! John is survived by his beloved wife of 64 years, Agnes Bentley; brother, Peter Bentley (Mary Ann); granddaughter, Lauren Truman (Michael); great-grandchildren: Isabel Truman, Tyler Freidly, Michael Truman, Jr., and Alaina Truman; sister-in-law, Evelyn Bendler; and numerous cousins, nieces, and nephews in DE, TN, GA, AL, and MD. He was preceded in death by his parents, James and Ruby Bentley; son, Kevin Bentley; and brothers, James Bentley and Dr. William Bentley. A visitation will be held Monday, November 8, 2021, from 10-11 AM Fairwinds Baptist Church, 801 Seymour Rd., Bear, DE 19701 followed by a service in celebration of John’s life at 11 AM. Burial will follow in St. George’s Cemetery. In lieu of flowers, donations may be sent to the Multiple Sclerosis Society, 200 Continental Dr #115, Newark, DE 19713. For directions or to send an online condolence visit www.stranofeeley.com

The family of John Paul Bentley created this Life Tributes page to make it easy to share your memories.

Send flowers to the Bentley family.