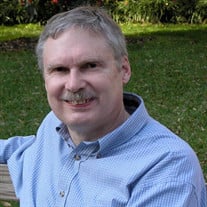 John Edward Stapleford, age 74, of Newark, Delaware, passed away on Wednesday, August 25, 2021. John was born on October 1, 1946, in Philadelphia, son of the late Jane Limerick Stapleford and Frederick Hamilton Stapleford. After graduating from Denison University, John met and married Linda Ellison and then spent several years as a navigator in the U.S. Air Force, including a tour in Vietnam. Having earned a Ph.D. in urban and regional economics from the University of Delaware, John began a long career as a researcher and teacher in economics and public policy. His many positions included Director of the Bureau of Economic Research at the University of Delaware, Professor of Economic Development at Eastern University, and senior economist at Moody’s Analytics. After retirement, he continued to work as a consultant and analyst, including for the Caesar Rodney Institute. He is the author of over one hundred applied research monographs, as well as the book Bears, Bulls, and Golden Calves: Applying Christian Ethics in Economics. During his life, John was an active part of ministries in several area churches and was a board member of the Nehemiah Gateway CDC, a founding member of the board of the Caesar Rodney Institute, a trustee emeritus of The Independence School, a former President of the Board of the Greater Wilmington Youth for Christ, and a former member of the Board of the Delaware Academy of Youth, the Board of the Methodist Action Program, and the Board of the Delaware First State Community Action Agency. He was an athlete and sports fan, and he played and then coached lacrosse at all levels, including locally at St. Marks High School. He loved reading, especially the Bible, theology and history, and he enjoyed singing and playing the piano and eating any desserts he could find. But most of all, he loved people: talking to them, getting to know them, encouraging them, making them laugh, and finding ways to help them in any way that he could. In addition to his parents, John was preceded in death by his brother, Fred. John is survived by his loving wife of 51 years, Linda Stapleford; son, Tom Stapleford (Cathy) and daughter, Liza Stapleford; grandchildren, Jane and William Stapleford; half-sisters, Irene Stapleford and Kate Crawford; three nieces and three nephews; and his dog, Stretch. A memorial service will be held on Friday, September 3, 2021, at Ogletown Baptist Church, 316 Red Mill Rd, Newark, DE 19713, from 11:00 am – 12:00 pm. Friends and loved ones may visit with John’s family at the church prior to the service from 10:00 am – 11:00 am, and again during a reception following the service from 12:00 pm – 2:00 pm. To protect vulnerable attendees, masks are requested for the memorial service and visitation. Burial will be private. In lieu of flowers, donations may be made in John’s name to Sandy Cove Ministries (Northeast, MD) or to the UrbanPromise School (Wilmington, DE). For directions or to send an online condolence visit, www.stranofeeley.com

The family of John Edward Stapleford created this Life Tributes page to make it easy to share your memories.

Send flowers to the Stapleford family.