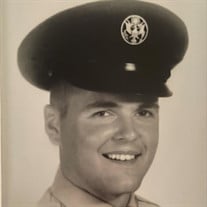 Born in Winston Salem, NC on Sept. 30, 1933, Joe was the son of the late Nicholas Glen and Elizabeth (Littlefield) Williams Skold. He moved to Newark, DE at age seven and graduated from Newark High School. He went on to attend the University of Miami and Wesley College in Dover DE. While at Miami, Joe was a lifeguard on Miami Beach where he met his future wife Connie who was vacationing from Queens, NY. Moving back to Newark after getting married, Joe went on to sell insurance, get his real estate and mortgage brokerage licenses and owned Williams Realty where he worked for many years in Delaware and Maryland. Joe was very involved in his community and enjoyed hiking the Appalachian Trail with friend Paris. Through the years he worked with the Special Olympics of DE, the Boy Scouts, the American Legion and coached local baseball. The joy of his life was getting to be a P/pa to his grandkids, having long talks across a kitchen table or a McDonalds booth with a hot cup of coffee and good company, and reminding anyone who would listen to approach life with “PMA” – a Positive Mental Attitude. With his quick wit and wildly entertaining stories he will be fondly remembered by all who knew him. In addition to his parents, he was preceded in death by his beloved wife of 55 years, Constance (Frank); son, John Williams; daughter, Karen Williams Spainhour; grandson, John Williams II; brother, Nicholas Williams; sister, Jean Skold; and stepfather, William (Kay) Skold. Joe is survived by his sons: Frederick Williams of Newark DE, Joseph Williams of Newark DE, and Glen (Elizabeth) Williams of Newark DE; daughter, Alicia (Hal) Deacon of Pembroke ME; brother, William Skold of Florida; grandchildren: Jessica (Michael) Mitchell, Joseph Williams, Matthew Williams, Cory (Nickolas) Trask, Tyler Williams, Caitlyn Williams, and Tori Spainhour (Andrew Baldwin); and great-grandchildren: Braedon Hilton, Jackson Rann, Viviann Mitchell and Carter Trask. A visitation for family and friends will be held from 10-11 AM, followed by a memorial service at 11 AM on Monday, October 25, 2021, at the Strano & Feeley Family Funeral Home, 635 Churchmans Rd, Newark, DE. Interment will follow at All Saints Cemetery: 6001 Kirkwood Hwy, Wilmington, DE 19808. For directions or to send an online condolence, visit www.stranofeeley.com

Born in Winston Salem, NC on Sept. 30, 1933, Joe was the son of the late Nicholas Glen and Elizabeth (Littlefield) Williams Skold. He moved to Newark, DE at age seven and graduated from Newark High School. He went on to attend the University... View Obituary & Service Information

The family of Joseph Alden Williams created this Life Tributes page to make it easy to share your memories.

Send flowers to the Williams family.