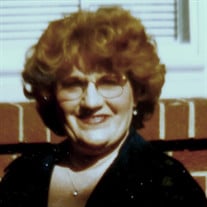 Maryann (Warner) Springer, 77, of Newark, passed away peacefully on Wednesday, August 18, 2021, surrounded by her loving family. She was the wife of 58 years of Edgar Springer Sr. Born October 21, 1943, in Wilmington, a daughter of the late Raymond and Lois (Phelps) Warner, she lived in South Carolina, Georgia, then living in Wilmington for most of her life before moving to Newark. After raising her sons, she attended Delaware Technical & Community College, graduating in 1985 with a degree in nursing. She then worked at Christiana Hospital in Newark for more than 25 years as a charge nurse and on the step-down unit, earning many awards of recognition before retiring. Maryann was an active member of St. Mark’s United Methodist Church in Wilmington, attending Bible study weekly and singing in the church choir with her husband. She enjoyed shopping, traveling, collecting angel and Noah’s Ark figurines, and attending shows at Sight and Sound Theatre in Pennsylvania. She was happiest when spending time with family and dear friends. She was predeceased by a son, Scott Springer (Judy), and a grandson, Michael Robinson. In addition to her husband, Maryann is survived by her sons, Edgar Springer Jr. (Gerrie) of Bear and Christopher Springer (Karen) of Johnston, Rhode Island; four grandchildren: Danielle L. Gibbons (Chris) of New Castle, Benjamin Springer of Newark, Alexis Springer of San Diego, California and Andrew Springer, of Bear; her brother, Melvin "Mel" Warner (Betty) of Altus, OK; her sister, Harriet Weidinger (Bob); one nephew; and two nieces. The family would like to thank the staff of both Bayada Nurses and Bayada Hospice for their kindness and compassion in caring for Maryann. In lieu of flowers, donations can be sent in Maryann’s memory to St. Mark’s United Methodist Church, 1700 Limestone Rd, Wilmington, DE 19804. A visitation will be held Saturday, October 16, 2021, from 10-11 AM at St. Mark’s United Methodist Church, 1700 Limestone Rd., Wilmington, DE followed by a service in celebration of Mary Ann’s life at 11 AM. For directions or to send an online condolence visit www.stranofeeley.com

Maryann (Warner) Springer, 77, of Newark, passed away peacefully on Wednesday, August 18, 2021, surrounded by her loving family. She was the wife of 58 years of Edgar Springer Sr. Born October 21, 1943, in Wilmington, a daughter of the late... View Obituary & Service Information

The family of Maryann (Warner) Springer created this Life Tributes page to make it easy to share your memories.

Send flowers to the Springer family.