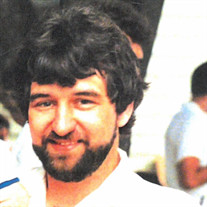 Michael F. “Mike” Burns, age 67, passed away peacefully on December 29, 2021, surrounded by his loving family. Mike was born on May 23, 1954, in Wilmington, son of the late Robert “Bob” and Alice “Joan” MacDonald Burns. He was a graduate of DeLaWarr High School in 1972 and was self-employed as a paperhanger and painter for over 40 years in Delaware. Growing up, Mike and his family were parishioners at Holy Spirit Church in New Castle. Later, Mike became a parishioner at Saint Matthew’s Church in Wilmington. Michael spent most of his time in the homes of family, skillfully combining work with family time was always very precious to him. Whether working on his mother and father’s home at 1004 Brown Street, painting at his cousin’s house, or having morning coffee at his brother’s, Mike was always surrounded by those held closest to him. In fact, his cousin’s nickname for him was "Eldin", after the character from the Murphy Brown show, who was always at her house painting. Michael was an active and dedicated member of Alcoholics Anonymous (AA) in Smyrna, Delaware. Throughout his time with the Organization, Mike served on the Convention Coffee Committee, as the Archivist, and as the Alternate Delegate for the State of Delaware. He loved this community dearly and considered them family. Whether it was giving someone a ride to a meeting or installing a patio in their backyard, Mike was always there for his family. The favor was certainly returned when Michael needed it most. Whether it was getting a ride to the store, help with his computer, or giving spiritual advice – his community was always there to support him. Mike was preceded in death by his mother, Joan MacDonald Burns; father, Robert Burns; brothers, Patrick J. Burns and Joey V. Duckworth; and his sister, Bobbi Berry. Mike is survived by his loving mother, Charlotte Burns; son, Andrew Burns (Stephanie); and brothers: Michael Duckworth (Linda), Kevin Burns, Timothy Burns (Susan), Glenn Duckworth (Debbie), Allan Duckworth and Brian Burns. He is also survived by his grandchildren, Maxwell and Zoe Burns. A visitation for family and friends will be held on Monday, January 17, 2022 at Saint Matthews Church, 901 E. Newport Pike, Wilmington from 10 to 11 AM, followed by a Catholic Mass at 11 AM to celebrate Michael’s life. Burial will be private. For directions or to send an online condolence please visit www.stranofeeley.com In lieu of flowers, donations may be made to the Mary Mother of Peace-Medjugorje Charity, 8617 Irvington Ave, Bethesda, MD 20817; or to the Oxford House, 1010 Wayne Avenue, Suite 300, Silver Spring, MD 20910. Strano & Feeley Family Funeral Home 302-731-5459

The family of Michael F. Burns created this Life Tributes page to make it easy to share your memories.

Send flowers to the Burns family.