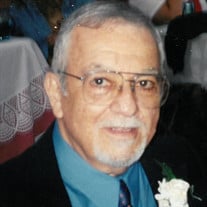 Michael Lewis Seitelman, age 79, of Wilmington, Delaware passed away surrounded by his loving family on January 22, 2021. Mike was born in Bronx, New York to the late Belle and Nathan Seitelman. He had a lifelong love of radio which began as a child with a ham radio and culminated in a career as a professional radio disc jockey. Mike had his first job just after high school at a radio station in Florida and later worked in New York, Pennsylvania, and Delaware’s WJBR under the professional name Mike Saunders. Mike’s love of radio also led him to the love of his life, his wife Linda. Linda frequently called the station to request he play her favorite song. He began to teasingly refer to her on air as the “Gwinhurst Pest” and their conversations eventually led to dating and marriage. Mike worked hard to provide for his family, often maintaining several jobs at once. He further developed his penchant for the entertainment industry as the host of a local cable TV show, scripting and performing in radio and TV commercials, and his business as “Sondeen the Clown” magician and puppeteer. Mike was very artistic, was an accomplished painter and jewelry maker, and enjoyed sculpting. He liked to watch Phillies baseball and usually had his faithful dog Bernie at his side. Mike was a fighter to the end despite struggling with multiple health issues. He leaves a legacy of love for his family and will be deeply missed. Mike is survived by his wife, Linda Seitelman; his children: Natalie A. Ayers (Mike), Laura L. Bridgeford (Bob), Marcus L. Seitelman (Lisa), and Dianne E. Correia (Mikey); his grandchildren: Michael Ayers Jr., Britney Ayers, McKenna Seitelman, Jaiden Sammons, Dylan Seitelman, Mei Bridgeford, Daniel Bridgeford, and Weston Sammons; his great granddaughter, Addison A. Klingler; and a host of extended family and friends. Mike was preceded in death by his parents; sister, Arlene Seitelman; and his granddaughter, Heather Ayers. In light of the COVID-19 pandemic, services and burial will be private at this time. A memorial service in celebration of Mike’s life will be held at a future time to be determined. In lieu of flowers, the family suggests memorial donations to the National Kidney Foundation serving Maryland and Delaware, 1301 York Rd, Suite 209, Lutherville, MD 20193 or the American Heart Association, 131 Continental Drive, Suite 407, Newark, DE 19713To send an online condolence visit www.StranoFeeley.com Strano & Feeley Family Funeral Home 302-731-5459

Michael Lewis Seitelman, age 79, of Wilmington, Delaware passed away surrounded by his loving family on January 22, 2021. Mike was born in Bronx, New York to the late Belle and Nathan Seitelman. He had a lifelong love of radio which began as... View Obituary & Service Information

The family of Michael Lewis Seitelman created this Life Tributes page to make it easy to share your memories.

Send flowers to the Seitelman family.