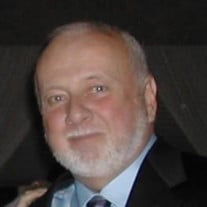 Robert (Bob, Bobby) P. Leonard of Milton, Delaware passed away surrounded by family on Monday, January 18, 2021, after battling a short illness. Bob was born in Wilmington, Delaware on February 26, 1945. He married Joanne (Trixie) Howard in 1969 and shared twin daughters. Bob & Trixie were married for nearly 12 years. He later married Mary Lou Baker in 1989 who preceded him in death in 2004. Bob had many passions but none more than his Notre Dame football team, and sharing Sunday Eagles football games with his daughter, Cathy. One of his favorite things that he looked forward to was his annual Oregon trip with his brothers Ed, Chuck, & Larry. He loved fishing, boating, and the beach (enjoying Thrashers French Fries with his granddaughter Kylie), and enjoyed cooking for everyone. Everyone enjoyed Bob’s company and you were sure to have a good time in his presence! He had an infectious laugh and was always the life of the party and touched everyone’s heart of those he met. He proudly served in the U.S. Army from 1962 to 1968. He worked for 35 years for Wilmington Trust retiring in 2004. Bob came out of retirement three times with his final retirement as a Security Guard for The Moorings at Lewes in November of 2020. Bob was preceded in death by his brother, Joe, and his parents Joseph & Lillian Leonard. Bob is survived by his twin daughters, Cathy Marquardt & Carol Wangen; his grandchildren: Becca & spouse Brian, Brittany, Branden, Ryan, Kylie; his great-grandson, Kyler, who were his pride and joy; his four brothers: Chuck, Larry, Ed, & Mark Leonard; and many nieces and nephews. A visitation will be held on Tuesday, February 2, 2021, from 10:00 – 11:00 a.m. at the Strano & Feeley Family Funeral Home, 635 Churchman’s Road, Newark, DE 19702. A mass will follow at Our Lady of Fatima Church in New Castle at 11:30 a.m. Due to COVID restrictions, Strano & Feeley limit their guests to 50 attendees. The family kindly asks that if you plan to attend the visitation, please RSVP to Cathy Marquardt at [email protected] no later than February 1st. Please note that Our Lady of Fatima capacity is 150. Masks must be worn at all times for both visitation and mass. Burial will be private at the Delaware Veterans Memorial Cemetery.

The family of Robert "Bob" P. Leonard created this Life Tributes page to make it easy to share your memories.

Send flowers to the Leonard family.