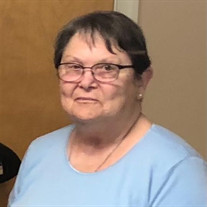 Shirley Anne Redmond, age 72, of New Castle, Delaware passed away on December 20, 2020. Born in Wilmington, she attended DeLaWarr High School and was part of the 1966 class of William Penn High School, which was the last class to attend at the old building. She was a kind and loving woman who was well known for her lifetime of service to others. Shirley worked as a paraprofessional in the Colonial School District for over 25 years. She loved her career working with special needs children at Leach School in New Castle. Shirley served as the president of the Colonial Paraprofessional Union for many years. She was a strong and positive role model and was a dedicated Girl Scout leader for over 49 years. Shirley lovingly accepted all the girls including special needs children into her troop. She was a coach and treasurer for Suburban Little League for many years. Shirley was active in bowling leagues and enjoyed being a Special Olympics bowling coach. Many fun days were spent with her friends at the Weston Senior Center where she enjoyed visiting, playing cards, and doing ceramics. More than anything, Shirley looked forward to spending time with her children and grandchildren. She was a devoted wife, mother, Mommom, sister, and friend who will be deeply missed. Shirley is survived by her loving husband of 49 years, Edward Redmond; her daughters: Evette Whetzel (Derrick) and Stefanie Whitt (Steven); her twin sister, Barbara Markey (Richard); her brother, Charles B. Hopkins Jr. (Joanne); her stepfather, Bently Carter; step-brothers: Steven Carter (Jill) and Randy Carter (Pam) ; five grandchildren: Lauren, Courtney, Samantha, Scott, and Jaden; as well as a host of extended family and friends. Shirley was preceded in death by her father, Charles B. Hopkins Sr. and mother, Marian Johnson Carter. Family and friends are invited to a visitation on Tuesday, December 29 from 5 to 7 PM at the Strano and Feeley Family Funeral Home, 635 Churchmans Rd., Newark, DE 19702. Burial will be private at the Delaware Veterans Memorial Cemetery. In lieu of flowers, please consider donations to the Girl Scouts of the Chesapeake Bay, 225 S. Old Baltimore Pike, Newark, DE 19702 or to the Howard Weston Senior Center, 1 Bassett Ave, Wilmington, DE 19720. To send an online condolence please visit www.StranoFeeley.com. Strano & Feeley Family Funeral Home 302-731-5459

Shirley Anne Redmond, age 72, of New Castle, Delaware passed away on December 20, 2020. Born in Wilmington, she attended DeLaWarr High School and was part of the 1966 class of William Penn High School, which was the last class to attend at... View Obituary & Service Information

The family of Shirley Anne Redmond created this Life Tributes page to make it easy to share your memories.

Send flowers to the Redmond family.